In this episode, Louise Wright catches up with Paul Frossell, Product Manager for Low-code. Its Paul’s first ever Life in Low-code podcast and he’s on-board to tell us all about the new release. Modules, snapshots, user privileges – there are many new features to talk about. Plus listen carefully for a sneak peek at what’s coming up in future releases.

Louise: It’s always fun to get together when we have something new and exciting to share, so I’ve been looking forward to this webinar. So, Paul what does a typical day look like for you?

Paul: I’ve been looking after the (Liberty Create) platform for about 7 years. It’s hard to pin down a typical day but I work with a team of around 15 people: developers, architects, testers and authors. There’s a group of us who are responsible for developing features for the platform [writing code]. I oversee that and lead the core team – it’s good fun!

Louise: From your perspective, what do you think makes Low-code so appealing?

Paul: I think Low-code is being so well received because it hits a sweet spot, where you don’t need to compromise on the speed of delivery or compromise on power and customisation. Without Low-code you have to choose between the two. With it, you can create a software application very fast, precisely to your requirements.

Louise: So, what does the new release bring to the table?

Paul: We have got lots of good feature additions in 10.3 – features I think our existing users will really appreciate. They’ll help them innovate even faster, share their software with other teams and integrate more easily with other systems. The big headline feature has to be Modules. Modules represent a whole new set of opportunities to speed up and improve application development. Essentially, this feature allows you to encapsulate part of an application as a Module, export it and install it in another application that could make use of it.

The second feature, requested by many of our existing customers, is the ability to selectively promote changes into production. The need for this arises when you have ongoing development in your Build environment, but then you need a hot-fix to be fast-tracked into the production without having to leave behind some of the changes. Or, perhaps you have been working on three features in your Build environment – independently but in the same space – two of them are ready but the third isn’t and you want to select all the changes relevant to the first two and push them on into your testing environment, without the third feature holding you up. That is now made possible by improvements to our snapshot functionality.

Another significant feature is Privileges. Until now, a user’s authorisation within the application was dictated solely by their role. But many customers have asked for a more granular permissions system, where individual privileges can be assigned to individual users by administrators. A simple example would be a user’s need to be assigned a few extra privileges in the application while they cover time their manager’s annual leave.

Getting more technical, we have a handful of powerful new features for Data Exchange with other systems as well. We have introduced a Generic SOAP Adapter (a counterpart to our existing Generic REST Adapter), allowing you to connect to any third-party SOAP API endpoint. We have added a Rest Endpoint so that other systems can send data to the platform in whatever format they like. And we have also created an On-premise Adaptor – great for connecting to legacy applications that might otherwise have been inaccessible.

And there are a few others I’ll mention briefly, including:
• Toolbar Icons – displaying notifications in the header and acting as shortcut links
• Thumbnail generation of uploaded images and documents
• A new widget for displaying field value history

A there’s a collection of other smaller changes you can read about in our Release Notes.

Louise: Thanks for that overview Paul, all sounds great. From my perspective, or from our own teams at least, there’s been quite a bit of buzz around the new ‘modules’ feature. So just to explore this more – how will it benefit our customers?

Paul: Let’s start with an example – Change Management. Suppose a builder within your organisation has created a little interface for recording requested/suggested changes to the application itself. Requests can be added at any time by your customer or business users – and each request follows a process, through review, to either rejection or fulfilment.

That’s just one example, but modules could also be used for bootstrapping [the very small]. When you’re building similar applications to ones you’ve built before, the pages created for managing this are similar to the ones created to manage other cases too. Now you can use modules to manage a case through the process – essentially as a wireframe or skeleton process. They could be used to create templates by a central IT team that is then shared with business teams, encouraging adherence to company policy, consistency across applications, and also allow business users to fast track deployment of those applications.

I should say that in packaging up a module you also have the opportunity and functionality to add documentation and screenshots, so it can be shared within a business, so other teams can make use of it, or even published a module to our Community Appshare. So it can be deployed and utilised efficiently and quickly!

There’s quite a breadth of contexts for Modules, making it a really powerful feature. It has the potential to make a really positive difference to collaborative software creation on the platform. I’m really interested to see what gets built with Modules.

Louise: Great, sounds like it’s also going to be valuable to the collaboration between IT and business users, which has always been really important to us. Control and governance is also something that our customers talk to us about a lot, and we receive very positive feedback on how our platform actively helps IT to keep an overview on app development as well as security. Can you explain more about how this works in practice?

Paul: Sure, the central tool available to IT teams is a separate application with its own interface called Our Controller. It’s like the HQ of applications. An IT manager can log in and view:
• All applications that have been deployed
• All the different environments they have for each application
• See where they’ve been deployed into
• Use it to deploy new applications if a business user requests
• Decommission applications on the same interface

They can also dictate which of the different environments manual changes can be made within, and control who needs to approve the deployment of changes – particularly into the live environments. Sometimes an IT manager needs to oversee the implementation of changes across multiple applications (between Create and other systems) which needs to be coordinated. This gives them visibility and control to manage those processes.

Louise: That makes a lot of sense. So, in terms of what’s coming up, you mentioned 10.4 earlier on – are there any teasers from future releases that you can share with us?

Paul: The feature I am most looking forward to in 10.4 is the Test Studio. Testers are going to be able to record user journeys through their application and save that journey within the platform itself. A whole new studio with the tester in mind. Because it’s so easy and quick to make a change and deploy them into the applications, people want to rapidly make incremental changes – but every time they make a change it comes with a risk. This will allow a team to build up a separate set of regression tests, allowing them to replay within the platform itself.

You can replay 100 test user journeys and it can tell you if those test journeys have passed or failed. Some of those failures could be due to deliberate changes you’ve made or inadvertently something has been broken. We really want to provide for the tester as they are a critical part of safely deploying changes to your production environment. So, when releasing changes to the application, the test team will be armed with a series of automated regression tests that they can run. That’s a really exciting feature.

The Code Studio – the world the developer works in – in 10.4 will also have a round of significant improvements and we hope to add several new social media communication channels for engagement with your customers. And looking ahead to 10.5, we plan to join the world of Artificial Intelligence. You can already set up connections to cloud-based AI services in Create, but we plan to bake AI into the platform, making many of those services ready out-of-the-box. 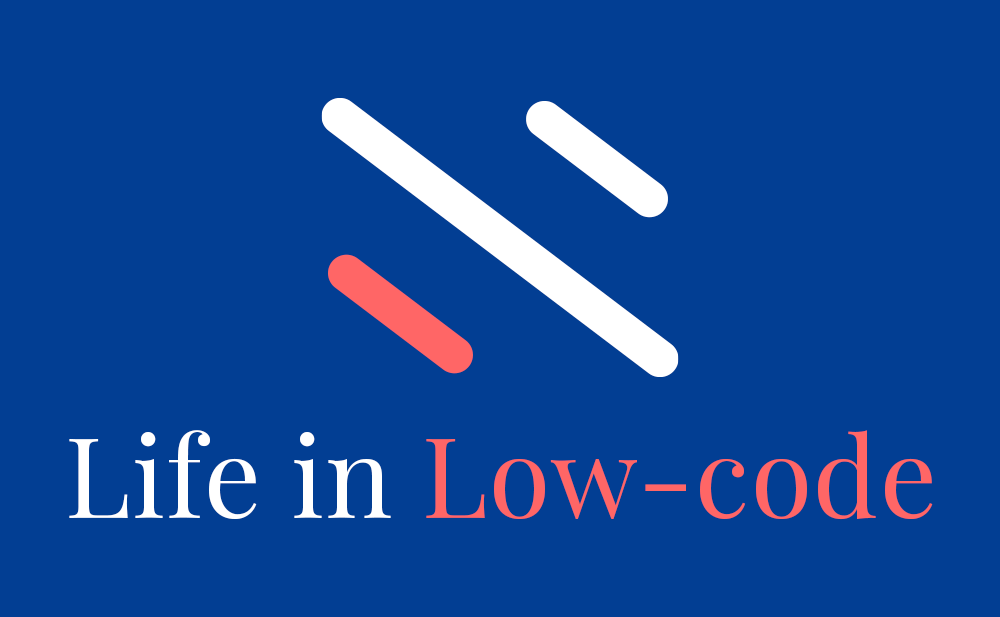 #13 Life in Low-code // Automation for Health